Homes and public institutions The homes of Grand Rapids present a uniform appearance of thrift found in few western towns. Many of the buildings are of the most modern type, and the tidy aspect of the houses is emphasized by well kept grounds and an abundance of shrubbery. This is one of the few towns in the state which began […] 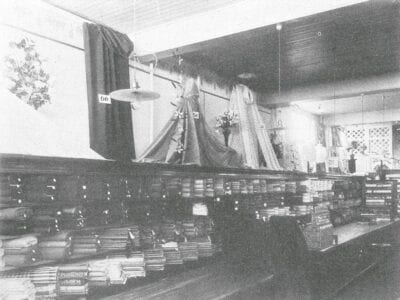 Itasca Mercantile Company For a third of a century, Grand Rapids has been the chief commercial center of a vast range of territory including Itasca County and portions of several adjacent counties. This circumstance naturally led to the establishment of a number of mercantile enterprises at this place and there are few, if any, other towns in northern Minnesota which […] 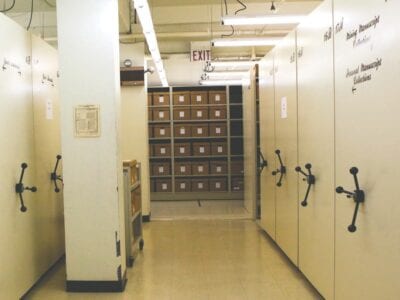 EDITOR’S NOTE: This week’s history section is about the important task of preserving Iron Range history. Our area is lucky to have this huge wealth of information collected and cataloged for public research. The Iron Range Research Center in Chisholm has a professional archives containing government, corporate, and personal records that tell the region’s complex story. The research center, combined […]

CELEBRATE CHISHOLM WEDDING Chisholm, Minn., Jan. 29.—(Special to The Herald.)—Miss Mary Hhaducovich, daughter of Dan Hhadovocich of Chisholm, was married to Ignatz Tomich, a local meat cutter, Sunday. The ceremony took place in the Servian church at 11 o’clock, Rev. Father Bozichocich officiating. Later a bountiful dinner was served to a large number of guests and the balance of the […]

Category Pages are limited to 28 days. Please use the archive page or the search box to find older articles.