Warm greetings and a good cause 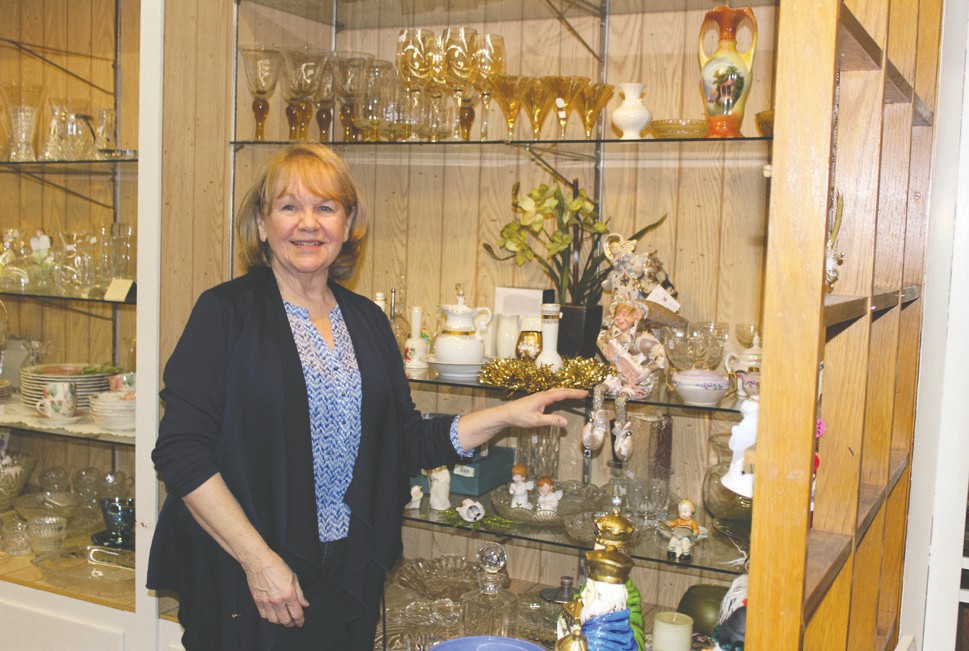 Peggy Patrick is pictured above in front of one of many displays of sale items at her fundraiser in downtown Virginia. Thanks to the support of the Iron Range community, Peggy has raised more than $22,000 for the MPN Research Foundation. The fundraiser will continue through the winter. Photos by Jill Pepelnjak.

VIRGINIA — The secondhand sale fundraiser in downtown Virginia, which has become known as Peggy’s Treasure Sale, will remain open through the winter season. During that time, they will continue to accept donations.

The fundraiser, organized by Peggy Patrick and nine “wonderful” volunteers, is raising money for the MPN Research Foundation, a nonprofit with a single goal: Stimulate original research in pursuit of new treatments—and eventually a cure—for a group of blood cancers collectively known as myeloproliferative neoplasms (MPNs).

Why MPN? Peggy’s been involved with the MPN community since her adult son was diagnosed six years ago with a type of bone cancer. Since then, raising money for MPN has been her “passion.”

Since its start in June 2021, the sale has raised more than $22,000 for the MPN Research Foundation in Chicago.

“Peggy’s passion for supporting her son and other MPN patients through her ongoing ‘treasure sale’ has been inspiring to see this past year,” MPN Director of Development Kendra Waddington said about Peggy and the community’s effort to raise money for MPN. “We are beyond grateful to Peggy for her tremendous efforts to raise funds for much-needed research into MPNs, and to the entire Iron Range community for its interest and support of patients living with MPNs.” 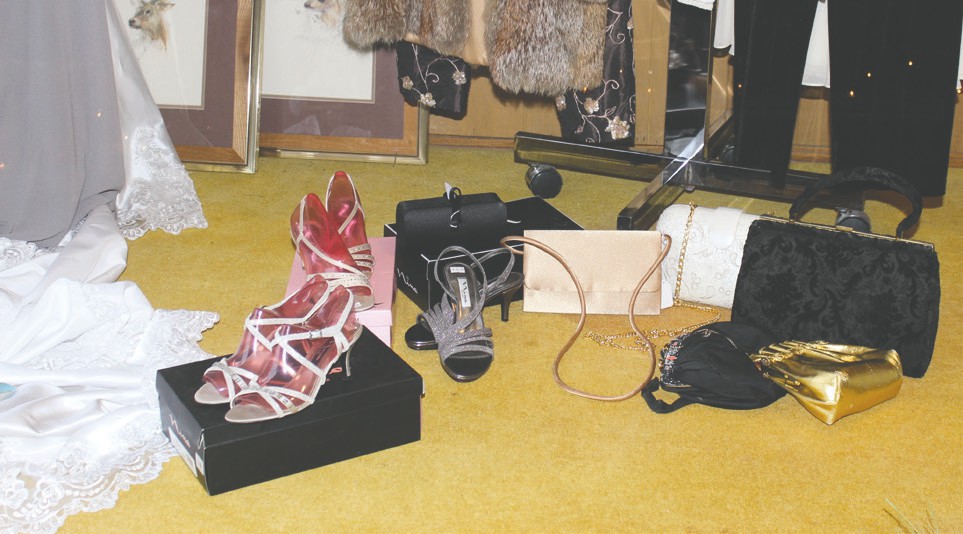 The downtown fundraiser has casual clothes for sale as well as formal wear for women and men. Looking through the treasure trove of items for sale is an adventure indeed.

Peggy realizes that one day the fundraiser will come to an end. “If I was 50, I would just keep right on going,” she said. “However, because of my age, it can’t be my whole life. The last six months have been all-consuming. Although it doesn’t feel like work, I have other chores to do.”

But Peggy won’t let it stop with her. She is looking for an organization that wants to raise funds for a local foundation for which they have a passion. “Of course, I’ll help them get started,” Peggy said.

Peggy has already talked with a group of fun women who have an interest in taking over the sale for another cause. She would be willing to turn over the remaining inventory, as well as use of the building, in return for a small rental fee and utility payments, with details needing to be worked out with any potential party. Other interested parties can contact Peggy at 218-780-5895, text, or by messaging her on the Facebook page: Peggy Patrick Treasure Sale.

If you haven’t been to the sale yet, you’ll be amazed at the treasure trove of items you’ll find there, everything from clothes, jewelry, paintings, games, glassware, trinkets, and more. It is located at 323 Chestnut St. (the former Bootery building) in Virginia. It’s usually open on Tuesdays and Thursdays, but it is often found open on other days of the week, too, at varied times. Check the Facebook page for details.

I’m not surprised that this sale has been so brilliantly successful, seeing it has the support of the Iron Range community. The people, both with their donations and their purchases, have contributed with the generous spirit known to this area.

Also, I am fascinated with the countless stories behind the “treasures” donated and bought at the sale. Without giving any names, Peggy related a few heartwarming ones to me:

• The happy young woman who found a
beautiful dress for her wedding.
• The excited women who came in to purchase dresses for an upcoming cruise.
• The father who found a stylish full-length
camel coat for his son.
• The special woman who periodically
collects items from the residents in her
apartment complex to give to local charities,
including Peggy’s sale.
• The man who donated a box of very
valuable items to Peggy’s sale. “I want you
to raise a lot of money from the things in the
box,” he said. And they did.
• The mirror donated to the sale by a family
member. “My dad bought this mirror for my
mother back in the 1940s.” Their children
wanted to sell it at Peggy’s. It had been
originally purchased at one of Virginia’s
downtown stores.

I always get a warm greeting when I come to Peggy’s Treasure Sale. “This is a friendly place,” Peggy said. “You don’t have to buy anything. You can just come to visit and look at the new items for sale.”

Jill Pepelnjak lives in Virginia. She is an HTF staff writer and editorial assistant.