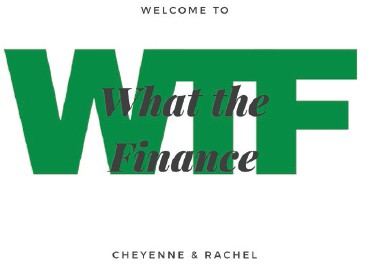 Have you ever been sitting around with your family or friends and the conversation somehow veers toward money? If you have, we’re willing to guess that everyone agrees there’s not enough of it to go around and then you all sit in uncomfortable silence until someone says “How ‘bout those Vikings, eh?” This probably has a little something to do with Ronald Wright’s observation that Americans “see themselves not as an exploited proletariat but as temporarily embarrassed millionaires.” Even though our logical minds know that nobody is really a millionaire, nobody really wants to admit how far way they are from that ideal.

We are here to try and break that social taboo. We both grew up not learning much about the nuts and bolts of putting together a budget and entered adulthood without a clue when it came to managing our money. Thankfully, our parents (also temporarily frustrated millionaires) had equipped us both with a can-do attitude and the confidence to figure things out. Through our early 20s, we started building our lives—going to college, getting married, having kids, and purchasing homes. All things that cost money, and a lot of it!

The average undergraduate student leaves college, whether they finish a degree or not, with $20,600 in student loan debt, but reduced support in public schools means not as many people to help young adults figure out what that means.

You might think that’s a lot of money to throw down until you realize that the average cost for a wedding in the United States is over $35,000! We both freely admit that neither of us spent that much on our weddings.

The U.S. Department of Agriculture reports that it takes, on average, $233,610 to raise a single child to adulthood. With three kiddos underfoot, it’s no wonder my spouse and I (Rachel) may never be millionaires!

Housing is a whole other animal, but for many millennials (yes, we are both millennials) taking the same path to housing that our parents and grandparents took is not possible for a reasons that are as complex as we are as individuals.

We took all of this knowledge and as we came to the end of our 20s, we began talking about starting a podcast to share what we learned. This decision is where What the Finance was born, but like any human child it took several years for it to start running.

Before we know it, it may be running away from us, but for now, What the Finance is a weekly podcast where we share our opinions, good and bad, on different types of budgeting methods, paying down debt, and generally taking care of your money so that it can take care of you. You can subscribe to What the Finance anywhere you get your podcasts.