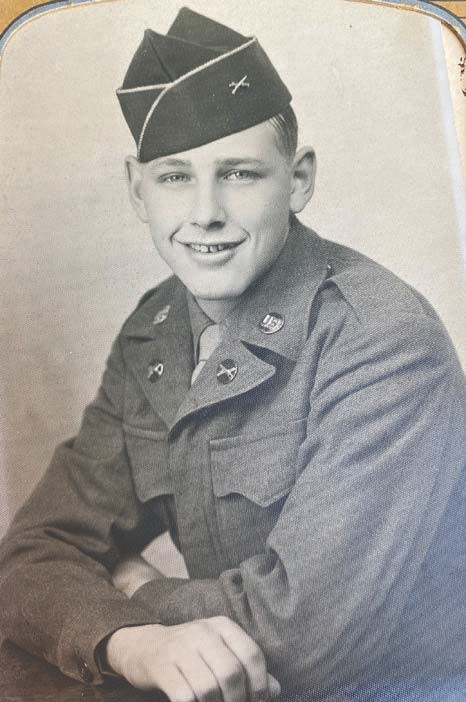 EDITOR’S NOTE: These are the 19th and 20th stories from the collection of stories compiled by members of the Eveleth High School Class of 1972 about their fathers’ military service and their mothers’ service on the home front. This week’s edition features a story about Milo Amery Bergum as told by his daughter, Donna Bergum Miller, and a story about George Joseph Spolarich as told by his son, Jim Spolarich. —Jill Pepelnjak, Staff Writer

The picture of my dad was taken when he enlisted in the U.S. Army in November 1946. He was one month shy of turning 16 and had to lie about his age to get in. You could enlist at age 18 without parental consent and at age 17 with parental consent, but no one was allowed to enlist at an age younger than 17.

Dad wanted to contribute to the war effort and was stationed in Germany, as part of the occupation forces. His assignment was mostly to protect and assist the Germans in recovering from the effects of the war (before the Marshall Plan was initiated). 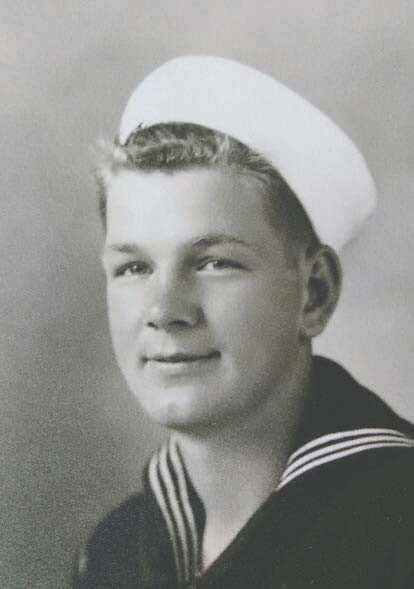 Dad made friends with one family who had a young boy who liked my dad and that young lad invited him to his birthday party. This was a family my dad often gave his Army rations to. Dad went to the birthday party. The boy’s mom made a cake of sawdust since they had no flour. She sprinkled it with salt since they had no sugar. My dad told this story often, especially if we weren’t eating our dinner. The little lad was so proud of his mom’s cake and that my dad came to celebrate with him. My brother, Glenn, told this story as part of his tribute to my dad at his funeral service, which occurred in August 2020. Still brings tears to my eyes.

My dad was honorably discharged from the Army in April 1948. I am proud of the example he set for us on how one should treat others in their lowest moments.

Five days before his 18th birthday, my Dad enlisted in the U.S. Navy on April 19, 1944, in Hibbing. He shipped out on the USS Whiteside (AKA-90), an Andromeda-class attack cargo ship and arrived at Pearl Harbor on November 18, 1944.

The Eniwetok Atoll in the Marshall Islands was captured by the United States from the Japanese on February 20, 1944, giving the U.S. Navy control of the Marshall Islands. It was developed to be a Navy and Marine air base and a fleet anchorage, with no shore facilities, other than a recreational area. Ulithi was an atoll in the Caroline Islands and was a major staging area for the U.S. Navy in the final year of the war. The USS Chotauk arrived at Okinawa a few weeks after the Battle of Okinawa that occurred from April 1 to June 22, 1945. Dad was honorably discharged from the U.S. Navy on May 27, 1946.