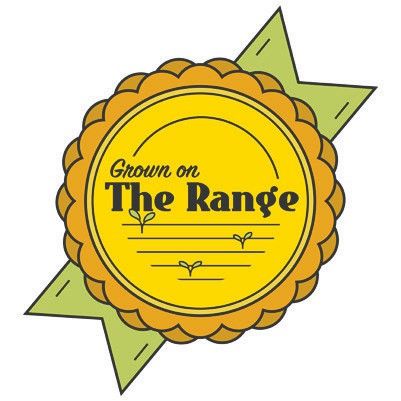 Do you look for the “organic” label when you buy food? I often do when I’m buying food whose grower or producer I don’t know. If I know the farmer, I usually know how they grow their plants or animals, so the label isn’t as important to me. But over the past years of writing this column, I’ve run into many farmers who use organic methods but don’t want to go through the certification process. I’ve also run into quite a few farmers who believe that the USDA organic certification process isn’t nearly strict enough. Some of those farmers pursue the “Real Organic Project” certification.

The use of organic standards in the U.S. started in the early 1970s with local or state organic associations certifying their farms, first in Maine then California and Oregon. The farmers who initiated this movement wanted to distinguish their products from the industrial food system’s products. They believed that soil health was central to plant and animal health and practiced crop rotation, cover cropping, biological pest control and used natural fertilizers. Their livestock grazed in pastures in the fresh air and weren’t routinely treated with antibiotics.

To understand where they were coming from, it helps to view them in contrast to the modern farm of the time, using synthetic fertilizers that were widely and cheaply available, using monocrop systems, vast fields of corn and soy, concentrated animal feeding operations (CAFOs) relying on commercially produced grain-based feed. These were the kinds of farms that I knew growing up in the

60s. The bigger, the better. The machinery got bigger and better and more hightech too. My family were

I remember my uncles listening daily to the commodity prices on the radio—corn, soybeans, cattle, pork. Their fortunes rose or fell with those indices. Organic farmers were forging a different path: setting themselves apart from this model.

Farmers who used organic methods had their farms certified by their local or regional organizations and then marketed their produce or meat as organic. The market for organic was growing by leaps and bounds. Then in 2000, the system changed. The United States Department of Agriculture assumed responsibility for organic certification and the label became “USDA Organic.” The ag and food processing industry’s 1,200 lobbyists began to press for the inclusion of hydroponically grown produce and CAFO-produced meat, milk and eggs as organic. Soon, the original organic farmers were competing with products they did not consider organic at all.

Eliot Coleman and these farmers launched a “Keep the Soil in Organic” campaign specifically targeting hydroponic certification. It grew to protests against the organic certification of massive poultry operations with 200,000 laying hens housed inside large buildings. And dairy operations where thousands of cows rarely saw pasture. And hogs in concrete buildings for their entire lives. The original organic movement’s focus on healthy soil and animals on pasture was being eroded. And they found themselves competing with USDA Organic products that didn’t require any of the efforts that they were exerting. They lost the battle to the more powerful and monied interests, as often happens.

In 2018, they birthed the “Real Organic Project,” an effort to distinguish farms that prioritized soil health and water conservation and wildlife habitat and who pastured their animals and actually offered “free range” to their chickens. These farmers let their pigs wallow in mud and root in the dirt and play outside. They managed pests with natural predators and strategic interplanting. It’s been just three full years since its inception, but the Real Organic Project is going strong. According to their website, they are a farmer-led movement “created to distinguish soil-grown and pasture-raised products” within the USDA Organic label. They believe that the consumer who wants organic needs to be able to choose the kind of organic they want to buy.

My experience in writing about farmers who lean toward Real Organic is that they are very focused on soil as a living entity, teeming with microbial activity, whose bacteria, fungi, mycorrhizae and microscopic “bugs” interact to support growth. Many don’t till because that destroys mycorrhizae. Most use extensive cover crops to nourish the soil and prevent erosion. Those who raise animals set aside vast acreages for animals to graze and move about. Many choose non-GMO feed and/or raise grass-fed livestock. They experiment with grazing systems and composting methods. I don’t know any who have pursued formal Real Organic Project certification yet, but The Boreal

One of the valuable aspects of buying food locally, especially directly from the farmer, is that you can ask about these things. The farmers that I’ve written about have welcomed me to their farms and answered my questions. I hear a lot of conversations like that at farmers markets, too—folks visiting about how food is grown. It may well be that the kind of practices you are looking for in the production of the food you want to eat are being used right here on the Range, even though the official USDA or Real Organic Project label might not be present.