MASSAGE FOR HEALTH AND WELLNESS

Use massage to help get rid of knots 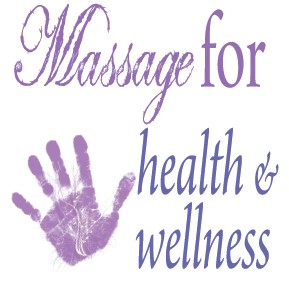 I recently was asked the question, “Do knots (muscle knots) ever really go away?” It was such a good question that I couldn’t pass up the opportunity to write about it.

Knots can be frustrating to the person who has to wear them and deal with them on a daily basis. They are muscle tissue that have gotten bound up together and have forgotten how to release or relax, for whatever reason. There are a myriad of reasons why knots get created … repetitive movement, an injury, sitting too long in an unforgiving position, and the list goes on. These all can be contributing factors to producing a knot.

I used to think that knots could never be fully gotten rid of until I had a client teach me otherwise. This gentleman, a farmer, worked hard at what he did. He was very physical with his body when doing his farm chores.

Well, he started showing up for massages a few years ago because he had some uncomfortable knots he wanted gone. He called one spot in particular the Bermuda Triangle. I don’t remember why he named it that, he just did. The spot he was referring to was located on our shoulder top, close to where the neck meets the shoulder, at the corner of the shoulder blade closest to the spine.

Now he knew why he had a knot there and believed massage could help get rid of it. He shared his “why” with me. Years before, he had lost the lower part of his arm in a farming accident and wore a prosthesis on an “asneeded” basis with certain chores. His belief was that the prosthesis strap was causing his knot with how it laid on his body, causing his discomfort.

To be honest, I wasn’t sure if we could get rid of it totally, though I felt we could get it softened. Neither one of us really knew how long it would take to accomplish this task. So, he committed to seeing me once a week until we achieved the goal of no more knot in the Bermuda Triangle. It ended up being about two months before it finally faded away.

This man continued seeing me even after the knot was gone, because as the saying goes “a farmer’s work is never done.” He just changed the frequency to every other week. Because as he continued to farm, his body continued to take the hit. He truly felt that the massages kept him moving better than if he didn’t get them.

From what I have seen, to get rid of these knots, people need to stop doing what is causing the knot, reduce their stress level, and get consistent massages.

Now, granted my client did not stop farming, yet he did get massages regularly. Occasionally that Bermuda Triangle knot would attempt to show up. Because this client was faithful with his massages, it was easy to get rid of it. This is a good example of how consistency paid off for this gentleman.

Susan Santi is a certified massage therapist and owner of Ahhh Massage in Virginia. Feel free to contact her with questions at 218-410-2144.

MASSAGE FOR HEALTH AND WELLNESS