Make a beeline for a spellbinding musical 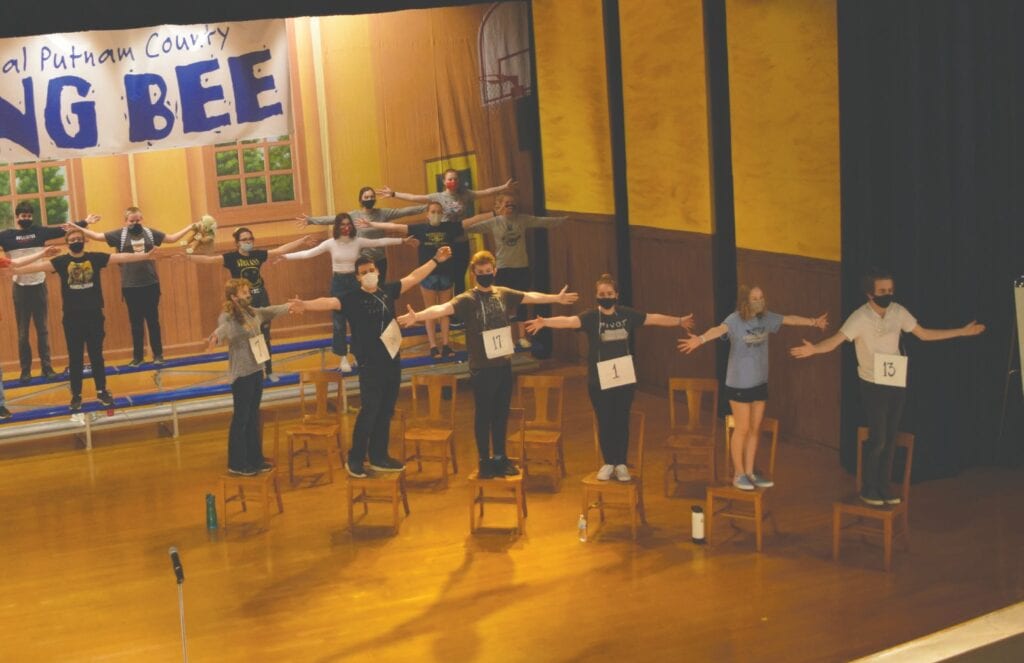 UPDATE: Due to several COVID-19 concerns, the performances of “The 25th Annual Putnam County Spelling Bee” are being postponed. Rescheduled dates will be determined soon with announcements to be made via Facebook, email, and local newspapers. All individuals who have purchased or reserved tickets will be contacted to discuss how to transfer your tickets to the new performance dates. 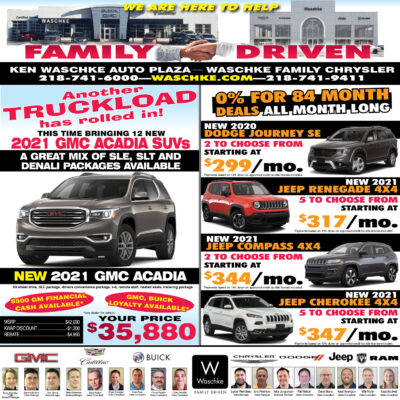 VIRGINIA — “Theater is life. Film is art. Television is furniture.” While I find that aphorism slightly insulting to Mad Men, M*A*S*H, and The Mary Tyler Moore Show, there is no denying that live theater has an energy and magic that cannot be replicated on a screen. After a year of shutdowns, quarantines, and event cancellations, local high school students are breathing life back into performing arts on the Iron Range. Do not miss the opportunity to safely enjoy a live production as The 25th Annual Putnam County Spelling Bee hits the stage April 8 at Virginia High School’s Goodman Auditorium. 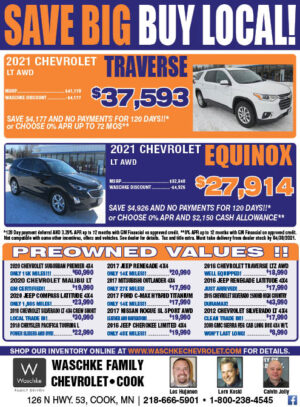 In an era when dictionaries are a click or an app tap away, 25th Annual is a laugh-inducing take on an old-fashioned spelling bee. Its memorable characters, catchy songs, and unique setting have made it a favorite for student and adult actors alike. 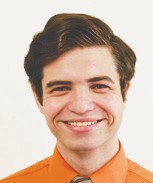 According to publisher Musical Theatre International, the Tony Award-winning musical follows “an eclectic group of six mid-pubescents as they vie for the spelling championship of a lifetime. While candidly disclosing hilarious and touching stories from their home lives, the tweens spell their way through a series of words, hoping never to hear the soul-crushing, pout-inducing, life un-affirming ‘ding’ of the bell that signals a spelling mistake.”

“For many [audience members,] they’ll remember their growing-up years and the awkwardness of junior high school,” Lori Ismil, director and VHS math teacher, said. “It’s so good for us to laugh, especially when it’s with people they know. It’s funny, and it’s going to be very touching as we get to know the characters as the story goes on.”

Producer and music director Matt Krage, who teaches choir at VHS, said 25th Annual was not originally on his radar as he searched for shows with a limited cast. However, the show checks all the boxes for an entertaining, COVID-friendly production. There are no relationships (so no hugging or kissing), and most actors are always on stage, which prevents backstage congestion. 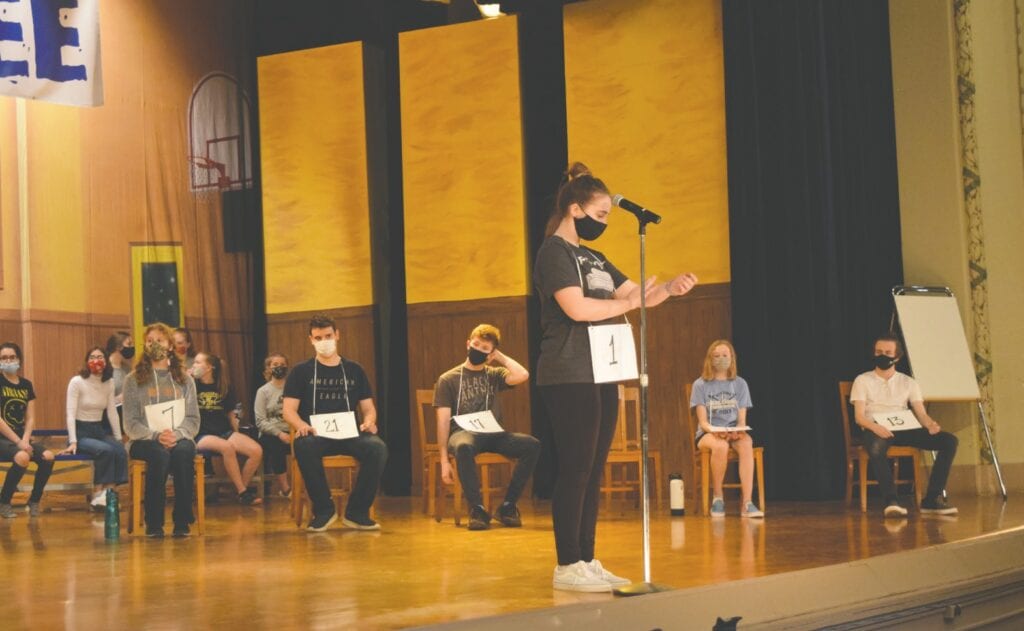 Spelling bee contestant Logainne Schwartzandgrubenniere, played by Ellie Norvitch, spells a word on her forearm during a musical rehearsal on March 30.

“Everything just works with all the parameters and restrictions I knew we’d be facing,” Krage said.

This production is scaled down from previous years’ musicals only in terms of cast size. The script calls for nine actors, many of whom also portray the spellers’ family members intermittently, but the Rock Ridge cast includes a larger ensemble so more students could be involved.

Lori Ismil, who has assisted with previous musicals, is new to the director’s chair this year. “The previous experience certainly helped, but you have those surprises,” she said. “For example, I’ve never gone through lighting cues before, and it’s really exciting. It’s as much work as I expected, but it’s exciting.”

Amber Johnson, owner of Downtown Dance Academy in Virginia, is 25th Annual’s assistant director and choreographer. She calls the musical “extremely energetic” and says the cast and crew are “the greatest group of kids [she’s] ever worked with in a musical.”

Other production staff include Kevin Szumal and Daniel Melby assisting with sound, and Jeremy Liimatta is the show’s lighting director.

I typed this article on the same document I used to write about Catch Me if You Can, the musical that was supposed to open at VHS on March 26, 2020. When Governor Tim Walz announced on March 17 that schools would temporarily close to in-person learning as the severity of the coronavirus pandemic set in, musical rehearsals— and all other after-school activities—halted. Despite hoping the setback was only temporary, production staff made the heartbreaking decision to cancel the 2020 musical.

“It was traumatic,” Matt Krage recalled. “It was probably the hardest thing I’ve ever had to do as a teacher, telling those kids. It was grief—we had lost something. It was devastating.”

Actor Cade Peterson, now a senior, called the loss “very, very disappointing. We were almost exactly two weeks out, and all the sets were built, then we got shut down, and it was all done. Nobody ever got to see what that [production] was like.”

“It was disappointing, but I don’t think it was worth nothing,” said Caden Croft, also in 12th grade. “That was, and continues to be, my favorite musical I’ve been a part of, even though I didn’t get to actually perform in it.”

Matt Krage said he still counts Catch Me if You Can as one of VHS’s musical productions. “I didn’t want [the students] to feel like the experience was taken away from them. I told them that art is about the process, not the product. We still created an amazing show.”

The production staff began planning for the 2021 musical in September, but switching to hybrid learning in October, then distance learning near Thanksgiving—right before auditions were scheduled—did not bode well for the show’s prospects.

“It was touch-and-go for a long time,” Krage said.

When in-person learning resumed in late January, auditions and rehearsals began right away. Krage said lingering uncertainty about the pandemic’s progression made it hard at first to invest in the production. He gave high praise to the students’ “willingness to invest themselves again knowing that there could potentially be some kind of cancellation or postponement.”

Returning to the stage was naturally a joy for the cast and crew whose hard work could not be enjoyed by the public last year. “I was very excited that we were able to do it,” Cade Peterson said. “That’s the one thing in school I enjoy doing consistently: performing on stage, singing, acting.”

The 25th Annual Putnam County Spelling Bee is the second musical to feature students from both the Virginia and Eveleth Gilbert high schools. The two schools’ speech and theater programs were some of the first to merge once voters approved construction of Rock Ridge High School. Two more musicals will be performed at Goodman Auditorium before Rock Ridge High opens in fall 2023.

The adjective swirling in my head as I attended a recent rehearsal was energy. I relished my time as an actor in Eveleth-Gilbert Senior High plays and Virginia High School musicals, and I could see the familiar excitement in the teenagers and adults preparing for opening night. I saw 25th Annual at the University of Minnesota Duluth in fall 2019, and I am confident these young people will give the Bulldogs a run for their money. Be sure to reserve tickets now so you will not miss a zany, hysterical musical with energy that will shake the dust off of Goodman Auditorium’s chandeliers.

At 90 minutes, the performance is relatively short, and there will be no intermission so audience members do not unnecessarily gather in the lobby. The musical’s content is mostly family friendly, and any suggestive humor will be lost to young ears. One song, which refers to a potentially embarrassing male physiological response to an attractive female, is slightly altered to be less explicit, as was this sentence.

“It’s a funny show—short but sweet,” said Caden Croft. “It’s a way to go back to the way things were and have a little sense of normalcy.”

“It’s time for people to get out and laugh and cry and be entertained,” Lori Ismil said. “This year has stripped so much from us, and it’s time to celebrate. That’s how I see it, as a celebration; for the community to come together. I’m excited to share this with people.”

Tucker Nelson lives in Virginia with his wife, stepson, and cat. When he’s not listening to Johnny Cash or rewatching Mad Men, he can be reached at tucker@htfnews.us.

Reservations
• Phone: Call 218-749-5437, ex. 1249,
then leave a message with the requested information.
• Online: Visit www.staff.vmps.org/mkrage and fill out the reservation form. 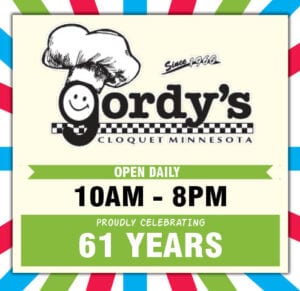