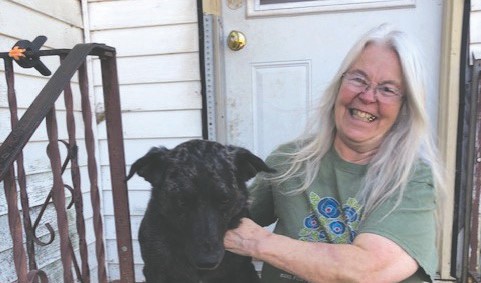 Becky Gawboy sits with her dog, ready to take Marlise on a tour of her farm. Jim and Becky Gawboy own the 100-acre farm nestled in the woods south of Tower. Submitted photos.

TOWER — This is a farm that, until recently, fed 18-20 people for every meal at its long dining room table. They grew three-fourths all of the food they ate. And still do. 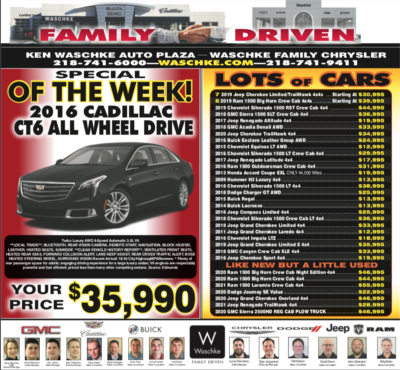 Nestled in the woods south of Tower, Minnesota, this 100-acre farm has about everything necessary to be food self-sufficient. I visited on a sunny warm Sunday in late September, and we started my tour in the huge one-acre fenced garden. 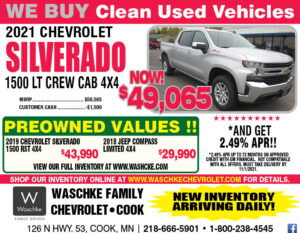 Becky Gawboy has just harvested broccoli and two beautiful cauliflower heads, and the pepper bushes are overflowing with a wide variety of peppers. A long row of red cabbages waits to be plucked and fermented into sauerkraut. Everything looks green and abundant now, but this summer has been a huge challenge. In addition to the extended drought, swarms of grasshoppers tried to eat their way through this garden and many other gardens on the Range. Becky read about a white flour remedy in an old book and tried it, sprinkling the entire garden with white flour until it looked like winter. And it worked! 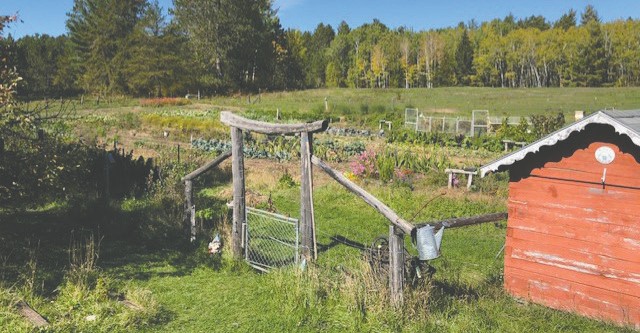 The sheer volume of grasshoppers in the pastures and fields around the farm were far more than the guineas, ducks and chickens could possibly eat. But, at least, those grasshoppers stayed out of the garden. This plot is irrigated from a well. And the soil is amended with composted horse and pig and chicken manure from the animals here. The abundant “green manure” plant residue is gently tilled under each season for a further boost.

Before using the white flour remedy, the early grasshoppers decimated the rutabagas and carrots and severely stunted the raspberries. And those June frosts took out the rhubarb completely, froze the blossoms off every apple tree in the adjacent orchard, and killed 70 of 72 tomato plants. Becky replanted tomatoes and had a decent crop—at least they benefitted from the unusually high temperatures of midsummer. 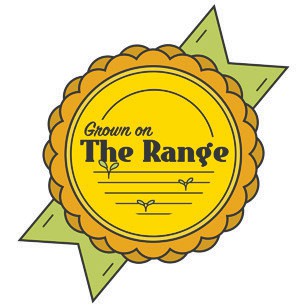 When it’s not eaten fresh, all of this produce is canned or fermented. Becky pointed out her institutional gas stove in the large kitchen—the place where canning happens. And a pantry that is now a fermenting room filled with various stages of kombucha and kraut, as well as hot pepper sauce, fermented with garlic over three years.

The basement provides storage for vast quantities of home-canned goods. Freezers store meat from 20-30 birds annually as well as at least one pig and some lamb. And there is a large concrete root cellar built into the side of the hill near the house. Becky thinks it was built in about 1930.

The pastures are huge and spread out on three sides of the garden. Just east of the garden is an old barn-turned chicken coop. Becky’s husband Jim recently converted it. It features two repurposed windows with stained glass, so they call it the “chicken chapel.” Fifty to 60 laying hens inhabit this coop and the surrounding grassy area. Farther to the east are the sheep. One ram has his own habitat in a large field west of the garden. A horse grazes in the sun up the hill, and this year’s two pigs have their own house and pig yard a little farther away. The pigs and chicken are great composters so nothing goes to waste here.

We walked a few hundred feet into the woods over a trail padded with soft pine needles. Here the children have built a traditional longhouse where they actually held school one entire winter. Its surface is a tapestry of blankets, each one special to a particular child. Many children have thrived here. Over the years from 1996 to 2004, the Gawboys provided foster care to about 90 youth. In 2004, they adopted their first child, followed by five siblings, then another six siblings, all Indian kids. Jim is Ojibwe and Finnish and Becky is mostly Finnish. So, of course, there’s a sauna here in the woods too.

Becky and a former husband bought this place 37 years ago. She and Jim married 31 years ago, and he has done most of the house remodeling. A nine-bedroom house with an enormous kitchen and a music room and a library is heated by wood until the temperature stays around zero, then a gas furnace and fireplace help to keep it toasty. Next year, they plan to add solar panels to produce more of their own energy.

The property has a creek running through it and is bordered on one side by the East Two River. There is a 20-acre cedar swamp and acres of dense woods in addition to the pastures and gardens. Roaming it all is a flock of Cayuga ducks, a domestic breed of duck that is all black.

Up near the house is Becky’s medicine garden. She and Jim mostly do their own doctoring, using traditional herbs and plants for healing. That is a legacy they have passed on to their children and grandchildren (now 17 with two on the way).

This farm is part of the World Wide Opportunities on Organic Farms organization (WWOOF) and regularly hosts young people who want to learn organic farming. This summer, six interns lived here and helped on the farm. You can learn more about WWOOFing at www.wwoofusa.org/.

Those who visit the Gawboys can expect to learn animal care, bread making, cooking, fermentation, food preservation, foraging, seed saving, syrup harvesting, biological pest control (ducks and guineas) as well as self-sufficiency and food justice. It’s what this 100-acre farm is all about.

Anger as a parent is okay—as long as it’s healthy angerDo you have a dream?What’ on my Mind