Charity, Jason, and Mike Helstrom in the office at their farm. Submitted photos.

“Create a legacy of care for the health of our land and livestock and community using regenerative practices…to carry on for future generations.” Ten years ago, Jason Helstrom wouldn’t have dreamed he would write a mission statement like this for Helstrom Farms. He and his father Mike ran a traditional cow-calf operation, employing the best available chemicals: fertilizers, antibiotics, supplements, vaccines, hormones, heavy tillage, and a high-grain diet for their cattle.

Mike attended a Minnesota Sustainable Farming Association grazing conference in 2009 where he heard Greg Judy talk about mob grazing. Mike called Jason and said, “You’ve got to get over here and hear this guy.” That changed everything.

Helstrom Farms went from what Mike and Jason call working against nature to working with nature “so that the natural progression and processes of nature could run their course on the Helstrom farm.” It was gradual, or course, and it involved lots of experimentation. They now use no chemicals in their operation and very little tillage. Their 250 cattle are tools for repairing abused and depleted soil and turning it into verdant pasture, which in turn feeds this herd an abundant mix of native grasses and forbs. 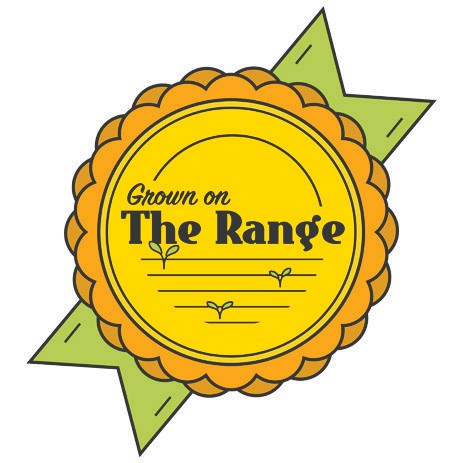 Their Black Angus cattle are bred for surviving Minnesota winters and, as each year passes, the herd becomes even more adapted to their farm near Hibbing. When I visited, the cattle were out in a massive snowy field with large round bales of Helstrom Farms hay to munch all day. Their presence here prepares the soil for the spring.

In May, they’ll begin the daily grazing moves to fresh grasses with each move. The cows practice mob grazing, which is short-duration, high-intensity grazing where the cattle eat the tops of the forage where all the energy is and tramp the rest into the ground where it provides nutrients and protects the soil from sun and erosion. They leave behind their urine and manure, too, which fertilizes the soil. 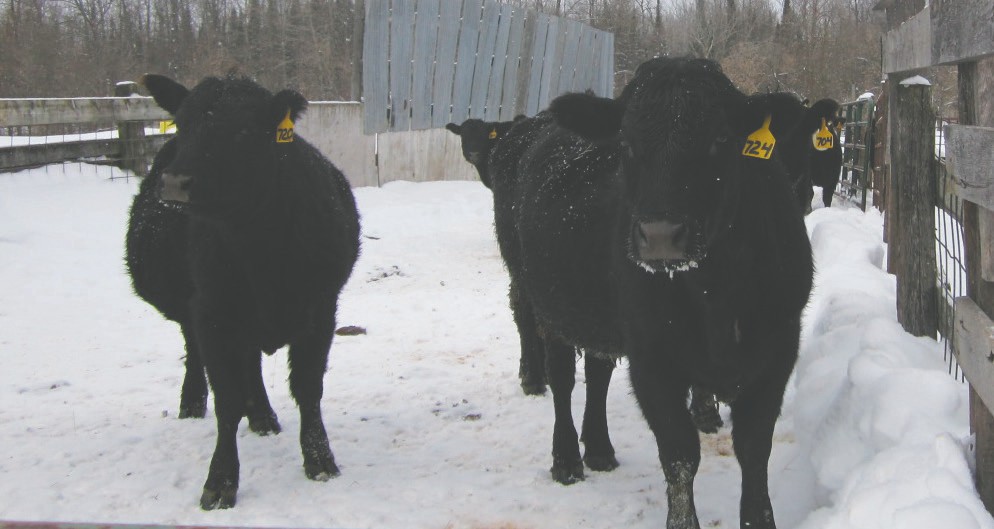 In 30 – 90 days, the grasses and forbs have replenished and are grazed again. The Helstroms own 300 acres and rent another 500, and it’s all managed naturally with the help of animals. The cattle are so easy to move that even Jason and Charity’s children can help. It’s a matter of reeling in a plastic line and a polybraid wire and letting the cattle move forward into fresh forage, which they do willingly!

Summer at the farm also includes chickens— meat birds, no egg layers. They move through the grassy fields in eight-foot square chicken tractors, floorless moveable pens that allow the chickens to forage on fresh grass and bugs in addition to their 20 percent protein, non-GMO transitional organic chicken feed. Transitional organic is a label applied to feed from farms that have not yet been certified organic, but have applied and are within the required time frame to become certified organic. They’re a bit less expensive than certified organic feed. In case you didn’t know it, chickens are great for pest control. A chicken can eat two pounds of insects a day, and studies show they can consume 80 ticks per hour if there are ticks available.

The term organic can be confusing, especially since USDA organic is a label that can encompass hydroponically and aquaponically-grown food and confined animal feeding operations, where livestock are not pastured. You’ve probably read about the free range claims for eggs and just how much access to the outdoors is required under an organic label.

A recent effort, the Real Organic

Jason and Mike have taken that one step further in claiming a True Northwoods Organic label for their grass-fed beef. One huge advantage of buying directly from the farmer is that you can ask exactly what that means. Helstrom Farms sells directly to about 200 customers online (helstromfarms.com/shop/) or through farmers markets, and you can ask them to describe how they raise their animals. They’re happy to tell you.

Though it’s still winter here, calving time is coming in June, and Jason and Mike are expecting (actually, their cows are expecting) 130 calves. One of the things that changed about their farming methods after their 2009 experience was calving. In conventional livestock operations, calves are born in the winter. Helstrom’s calves are born in early summer and stay with their mothers for eleven full months, spending both a summer and a winter with mom until they are weaned. At 11 months, calves weigh about 500 pounds. They sell all the male calves and keep all the females to replenish the herd. At slaughter, adult animals are two to two and a half years old and weigh 1,200 pounds.

Unlike many of the farms I’ve profiled here in Grown on The Range, this farm has two full-time farmers. It’s a family operation all the way. Jason is hoping that his children will be interested in carrying on the family farm when he reaches retirement in another 30 years or so. That’s fairly rare these days. The average age of Minnesota farmers is 56 1/2, and most don’t have a transition plan for when they retire. Many don’t have children who are interested in farming.

That’s something that Renewing the Countryside and the Land Stewardship Project are actively working on. If you’re in that situation, you can join a Farm Transitions and Farmland Access study group at docs. google.com/forms/d/e/1FAIpQLSfK04ZPars- DoX7yyrJtQq8ZmOARCGl4yBSMNa4Z-odi- NAKOJQ/viewform?c=0&w=1.

Marlise Riffel lives in Virginia, MN, but grew up in Illinois with farming relatives. She is a board member of the Iron Range Partnership for Sustainability.