An Ohio resident shares her memories of Eveleth

Looking south on Grant Avenue from Jackson Street in Eveleth circa 1935. Photos courtesy of the Eveleth Heritage Society.

EVELETH — In the midst of the splendor of northern

Minnesota’s clear lakes and lush forests are several cities comprising the Mesabi Iron Range. Eveleth, where I was born, had been settled by very courageous immigrants arriving in the 1890s as the underground and open pit mines were first opening.

Our residents, or their parents, had come from about 20 different countries: Yugoslavia, Serbia, Bosnia, Croatia, Slovenia, Montenegro, Ireland, Great Britain, Wales, Scotland, France, Norway, Sweden, Finland, Germany, Czechoslovakia, Poland, Greece, Russia, and Italy. The Yugoslavs and Finnish were the most dominant in number. Further back, there were immigrants from other countries as well.

Miners had struggled to learn the English language while laboring in this diverse ethnic composition. They were trying to understand each other’s languages and culture while working hard, 12-hour shifts.

By the 1930s and 40s, when some of us were born, the population was over 7,000. Friendships among miners had progressed. My classmates and I enjoyed friends of a variety of backgrounds. Phrases from their native languages and ethnic humor were incorporated. 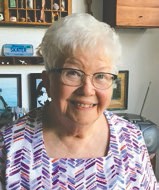 This melting pot of nationalities was said to be second only to Chicago in variety of immigrants per capita. Those of our generation were either first or second generation born, most of us having a single nationality background. My four grandparents, for example, were from Sweden. For school records, each of us was asked what our nationality was.

Many immigrants spoke their native tongue at home as well as downtown. From them, we absorbed many interesting expressions or sayings of various cultures as well as their delicious foods.

Eveleth had a marvelous school system thanks to the taxes generated by the mines. Only experienced teachers were hired. There were three grade schools. The junior high, senior high, and junior college made an attractive campus which included the Manual Training School. During World War II, the cabinetry classes made wing parts for military gliders. Also provided were classes in auto mechanics, foundry, machinery, and electrical training. 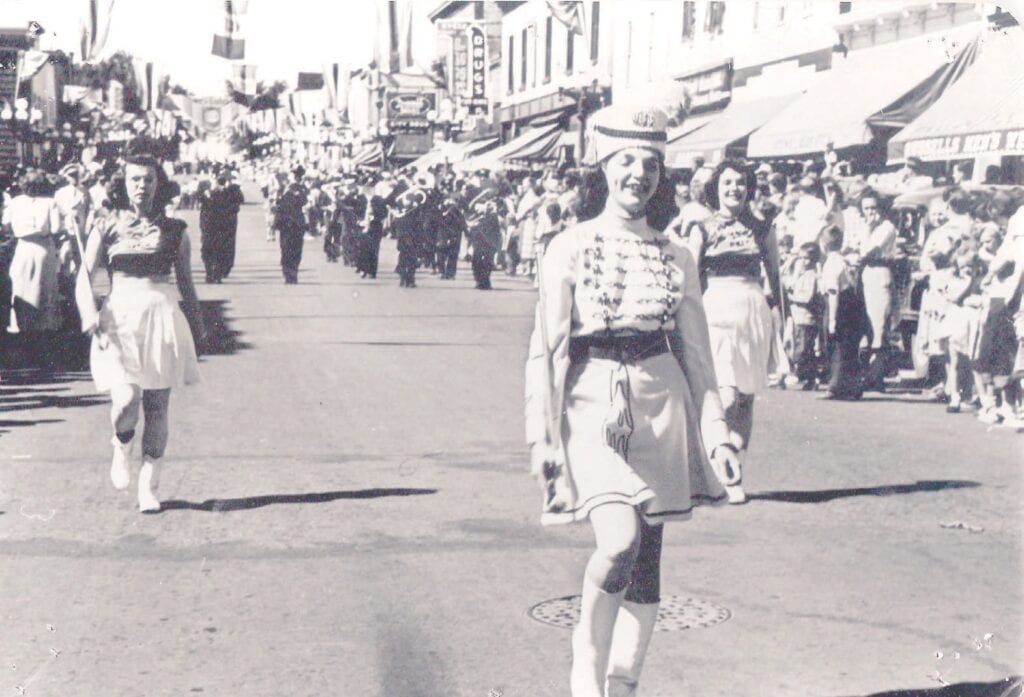 An Eveleth 4th of July parade in the late 1940s. Renee calls Eveleth’s 4th of July celebrations a highlight of the community.

We also had two gymnasiums and two swimming pools for separate boys’ and girls’ classes, a fine art department, and a music department. Our high school band was invited to participate in the Rose Bowl Parade but lacked funding to travel.

Some of our high school hockey players made it to the Olympics, some wound up teaching in colleges. Eveleth has been designated as the Hockey Capital of America and it is the home of the U.S. Hockey Hall of Fame.

There were playgrounds scattered throughout the town for football, baseball, hockey, etc. as well as a Hippodrome for the hockey games, recreational ice skating, and roller skating and various events. Popular among adult males were bocce ball, curling, and bowling. Many people enjoyed skiing, fishing, swimming, and hunting.

People of the Iron Range were very hard working, yet surely knew how to enjoy themselves. There were many celebrations in town, in the parks, and the public beach. The Fourth of July was always a highlight. The streets were literally packed for the parade which featured the military honor guard, the city band, high school band, clown band, and the Calathumpians, a great number of kids in homemade costumes, decorated doll buggies, and bicycles.

A beautiful hilly golf course and Eveleth Beach Park with its campgrounds are each about three miles from town. As a toddler, I learned to take my first steps while we were tent camping. Our family had so many fun times there, as well as seeing parks in other cities. My dad, an extrovert with a great sense of humor, always had us laughing. My mother, an introvert, shared her pleasant dry sense of humor in more subtle ways. Daddy and we four kids played musical instruments; our mother said that she played the radio.

We also had our share of sorrows and difficulties. When I was seven my father had to be away for treatment at a veterans hospital in Chicago and was gone for seven months. I was not told that his survival was in question. There was no way that our mother and we four siblings could travel to visit him. We were elated when he finally came home.

Like the majority of people during the Great Depression, we had to skimp and save. My brothers found what jobs they could after school hours. Many miners had no work at all, due to less demand for ore. There was no unemployment compensation in those days. My mother skillfully re-made my older sister’s dresses for me. She also was clever at mending and fixing everything. We never went hungry, but often lived on vegetables from the inexpensive Farmers Market. Whatever we had was tasty because she was a creative cook.

Earlier in the Depression, transient men hitched rides in boxcars, going from town to town seeking work. Some of them apparently passed the word that our grandma Anderson, living not far from the train station, would do her best to provide something for a hungry stranger to eat.

We had many relatives living in Eveleth and nearby. Nine of them died while I was a young child, including three aunts, two of whom died giving birth to my cousins. Three uncles also died, plus both grandfathers, a cute little cousin who drowned at 8 and a half when I was nine and four more family deaths occurred before I was 21. I remember attending those funerals as a child and painfully learning that death was part of life.

My eldest brother was already in the Army during WWII when I was in the fourth grade. While he was overseas, I had nightmares of being bombed at home. Five cousins, plus other relatives, also served in active duty. One cousin was part of D-Day. When my other brother reached seventeen and I was eleven, he begged to enlist in the Air Force. My parents reluctantly signed permission. My sister, the eldest sibling, was married before this time and I missed them all dearly.

In spite of all the many sorrows and hardships, there was the security of devoted, conscientious, loving, Christian parents. They were quite strict, but kind, wise, sensible, and fun. If there was a silent motto for our home, it was “Trust God; accept whatever comes.” It was lived, not lectured. It never even occurred to me as a child to wonder, “Why did my auntie die when I had prayed for her?” or “Why did all this happen to us?” We grieved, time and time again, without having the need to question “Why?” Besides, everyone else had adversity too.

Consider the words of Jesus in John 16:33: “These things I have spoken to you, that in me you may have peace. In the world you will have tribulation, but be of good cheer, I have overcome the world.”

The hardships of the Great Depression, World War II, and our many deep sorrows did not steal the joy our family shared.

Do you want to build a snowman?Patti Wallert: candidate for Biwabik City CouncilJulie Buria: Minnesota House of Representatives District 6B candidate