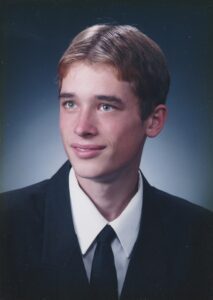 Brett was an avid car enthusiast, who enjoyed car shows and cruises. He was very active in the iRace Club with many of his closest friends. His heart was most passionate in the garage fixing anything with a motor.

Brett really liked taking road trips, listening to his music and traveling around to many different states. Anyone who knew Brett, knew he had an inexhaustible lending hand to anyone and everyone. He had a great sense of humor with his quick-witted comments that would make you laugh. Not only was Brett loving and caring to his many nephews and nieces, but he was an uncle to all his friends’ kids too. Brett will be dearly missed by his family and friends.

A celebration of life will be set for a later date in the spring/summer of 2022.